Beautiful table lamp from the 1930s. A yellow marbled glass shade with a base made of Ivora pottery.

Plateel is Dutch pottery. It was given this name around the 17th century to create a clear distinction with Chinese porcelain. The word plateel comes from the old French word platel, which means flat dish.

The first pottery bakery was established in Gouda around the end of the 19th century; South-Holland.
This was so successful that other companies soon followed. Most of these companies were traditionally pipe makers, including Ivora, which used to be called Ivon before 1914.

Ivora's pottery differs from other Gouda pottery because of the relative simplicity of decor and execution. Something that can clearly be seen on the base of this lamp, decorated with a garland of leaves, one of the themes that you saw a lot on the pottery of Ivora during the 1930s.

This table lamp has been thoroughly checked by us. 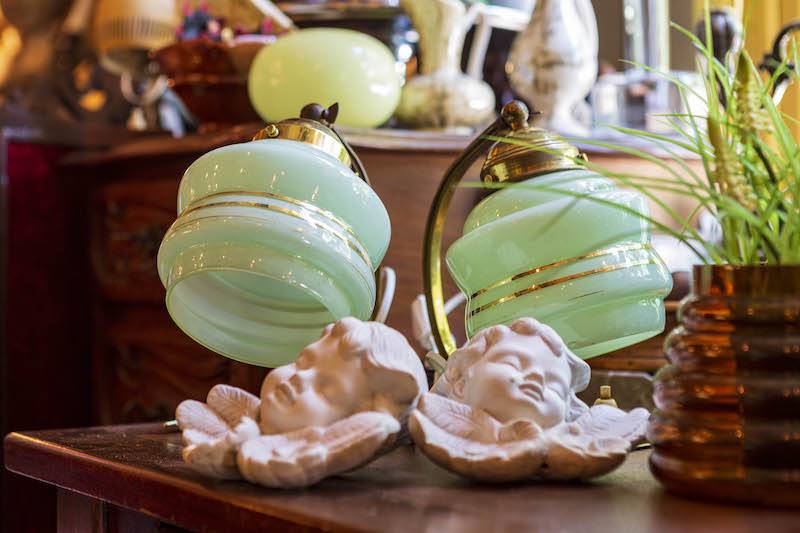 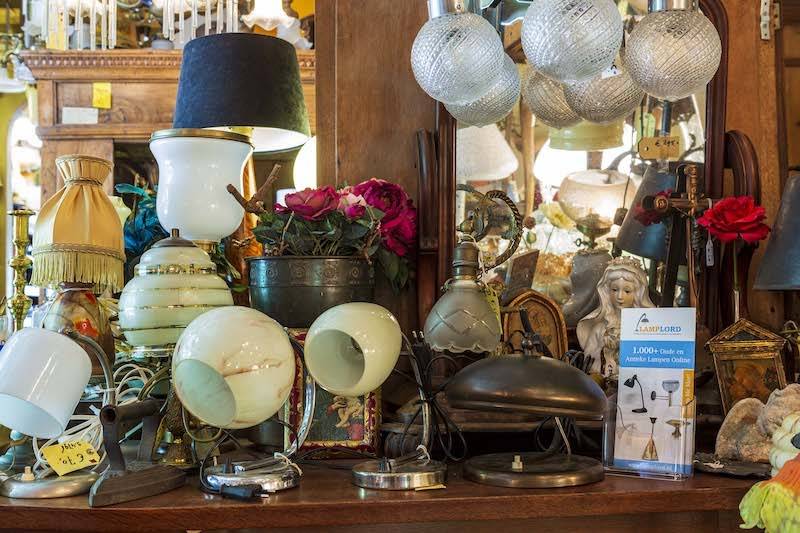 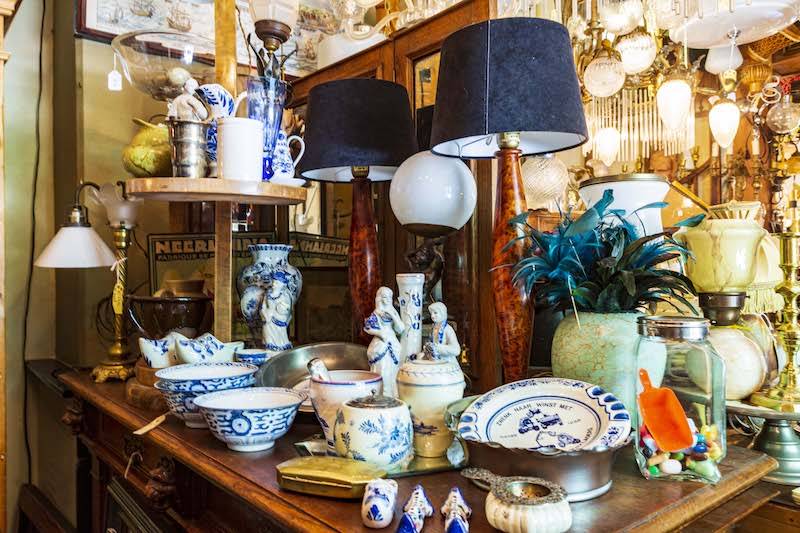 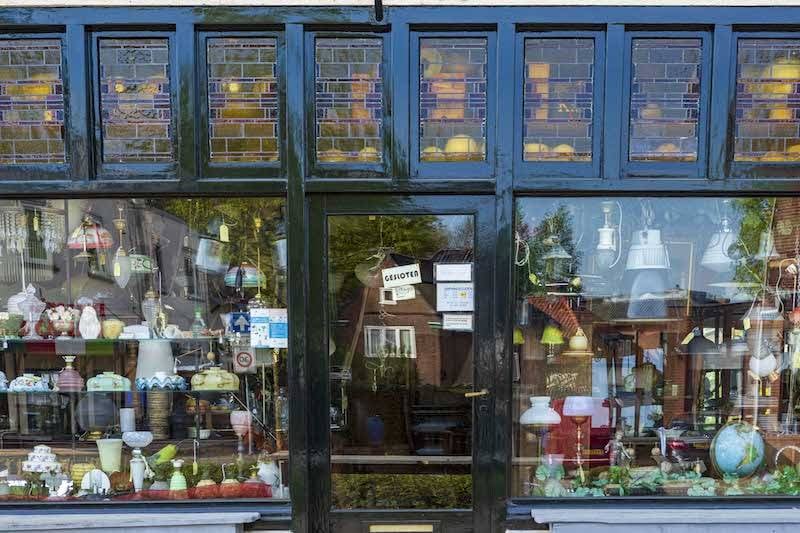 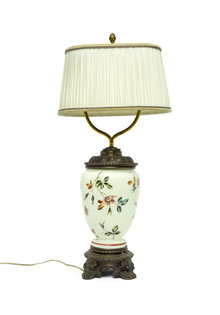 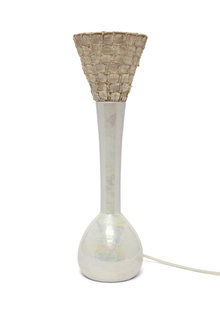